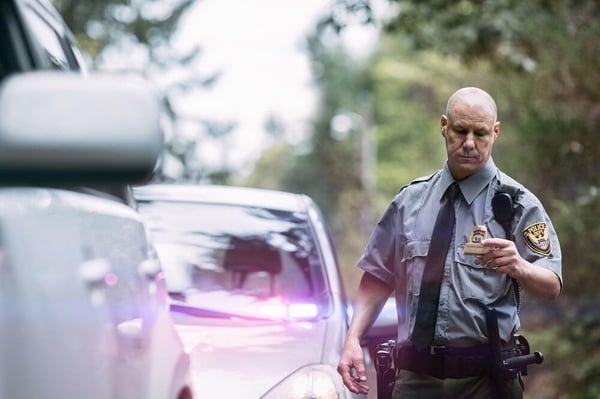 First responders face increasingly dangerous conditions on our roadways. With quieter vehicle cabins and more driver distractions than ever, sirens and flashing lights are often ineffective in grabbing the attention of drivers.

Statistics from the National Law Enforcement Officer Memorial Fund (NLEOMF) show that police officers, firefighters, and emergency medical services (EMS) responders face a higher risk of death and injury traveling to the scene of an incident than at the actual scene itself. According to the National Highway Traffic Safety Administration, nearly six million Americans are involved in a car accident annually, including 60,000 first responders. Statistics from the NLEOMF and National Fire Protection Association also show that these accidents are particularly fatal for first responders; vehicle-related collisions and struck-by incidents are the leading cause of death for law enforcement officers and the second leading cause of death for firefighters nationally. According to the Maryland State Police, 29 first responders have been killed by other drivers in struck-by incidents and collisions in 2019.

In an effort to reduce first responder related crashes, the Department of Homeland Security (DHS) Science and Technology Directorate (S&T) is collaborating with “HAAS Alert,” a Chicago-based company developing and standardizing C-V2X (cellular vehicle-to-everything) technology that enables emergency response vehicles to send real-time digital alerts to supplement their lights and sirens. HAAS Alert’s HA-5 device connects directly to any existing lightbar on first responder vehicles. When emergency vehicles are en-route or on-scene at an emergency, the device automatically sends information in real-time to HAAS Alert’s “SafetyCloud®,” which delivers early alerts to nearby drivers.

“S&T’s partnership with HAAS Alert helps them enhance their existing technology and enables them to work with first responders. Through this ongoing collaboration, they are able to customize their products to most effectively improve safety,” explained DHS S&T Program Manager Dr. Angela Ervin.

HAAS Alert’s system then streams real-time digital alerts and safety messages to drivers and connected cars that are predicted to be in the most probable path of the emergency vehicles as they are preparing to approach or arrive on-scene. This alerts motorists and provides them with time to comply with “Move Over” laws and avoid collisions -- protecting civilians and improving emergency response times. In addition, the system provides an array of valuable features to emergency services departments, such as real-time dashboards, customized data reporting, and responder-to-responder alerting products.

“HAAS Alert will increase safety for first responders by significantly lengthening the amount of alerting time that drivers receive prior to our approach,” said Steve Birnbaum, firefighter for the Rockville Fire Department. “Before devices like HAAS Alert’s HA-5, lightbars and sirens would give surrounding drivers two to three seconds to react before they saw us. With HAAS Alert’s technology and system, we will be able to give drivers well over 20 seconds to react before we are even in close proximity. This will be very helpful in terms of giving them more time to yield to us or find an alternative route, while also enabling us to arrive at an incident scene in a more timely fashion.”

“With appropriate improvements to HAAS Alert’s SafetyCloud®, including the real-time dashboard, alerting algorithms, and software, first responders will be able to set desirable alerting distances, send alerts directly to vehicles and navigation apps, know how many vehicles are operating at a scene, and choose what types of alerts to share with both their colleagues and civilians,” Ervin said. “The technology will also enable them to collect valuable data such as response times, the number of driver alerts sent, and how many incidents they responded to in a set period of time – all of which will be used to improve their situational awareness.”

Over the next year, DHS S&T and HAAS Alert look forward to testing new Internet of Things device and Mobile Data Terminal integration; improving HA-5’s automotive integration capabilities; and improving their dashboard visualization and analytics tool. DHS S&T and HAAS Alert will test the improved features (or technologies) in an operational setting with first responders in the coming year.

HAAS Alert makes roads and communities safer by delivering digital alerts from emergency response and other municipal fleets to nearby drivers. The company streams real-time alerts and other vital safety information to motorists and connected cars via in-vehicle and navigation systems when emergency vehicles are approaching and on-scene. For emergency response and roadway fleets interested in joining the Safety Cloud, click below to get equipped.