We're privileged to serve first responders in departments and communities across the country and around the world. This week, we're sharing the story of one Pennsylvania department that recently joined the Safety Cloud®, as reported by Mark Hoffman at the Uniontown Herald. 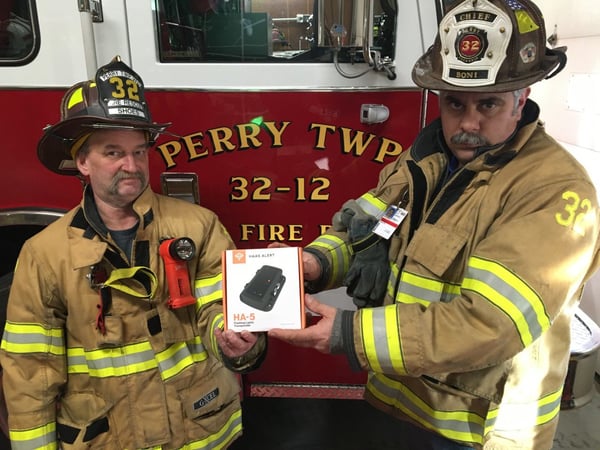 A local volunteer fire department has embraced a digital-alert system to make first responders and motorists safer in times of emergencies.

Perry Township Fire Chief AJ Boni said the HAAS Alert system reaches drivers that use the free “Waze” app, which alerts motorists to hazards or emergency vehicles on the roadways.

“Any time emergency lights are activated, (HAAS is) turned on,” Boni said, adding that the system is working to include other GPS-based apps and devices in their service.

Boni said the township agreed to pay for the service for the first four years, which came to about $2 a day for the two vehicles—the fire department’s engine and rescue vehicle—on which the system was installed about six months ago.

“So you have plenty of time,” Boni said. “It gets you to pay attention.”

He added that the system can also generate reports to the fire department that include their response times as well as data on how many people received the alert.

Boni also said the system also helps the department’s push to educate the public on the move-over laws that require motorists to slow down and, when able, get into another lane when coming up to police, fire or ambulances performing their duties on the roadways.

Earlier this month, Matthew Smelser, a paramedic supervisor with Rostraver/West Newton EMS, was struck and killed by a commercial vehicle off of Interstate 70 while tending to a patient near the Smithton exit in South Huntingdon, Westmoreland County.

“We’re asking the public to help keep us safe by watching for these alerts when they’re on the road,” Boni said. “HAAS Alert gives us a new layer of protection and gives other drivers more time to slow down when they approach us.”

“We all want to get home safe, and this makes the roads safer for everyone,” Boni said.

We're proud to serve Perry Township Fire Department and the community they protect. If you operate an emergency response or roadway fleet and want more information on Safety Cloud and digital alerting, click below.